This evening I have stumbled upon a goldmine of late 80's nostalgia, in the form of a stack of old "Electronic Musician" magazines. These were piled atop the tank of my leaking upstairs toilet (that leaking being the circumstance that lead me to them).


What strikes me the most are the ads. Perhaps it's nostalgia or what have you, but there is something charming about that late 80's advertising. It has a sort of old-schoolness about it,  perhaps some sort of lingering 50's/60's sensibility. It was on the cusp of the digital revolution, so it was either no photoshop, or like photoshop to the max. There was no in-between. And the words, my God ... so many words! Look in a magazine today, I'm telling you. Nothing ... a glossy picture of the thing (whatever it is), probably under harsh fluorescent lighting, and probably on top of a reflective surface of some kind (i.e. "everybody wants to be an iPad"), the name of it (maybe) and a web address. That's it. Nobody writes multiple paragraphs of condescending ad copy like this anymore.


Here's another thing: every photo appears to be depicting a scene from inside an Optometrist's office. Perfect lighting, bland if well-appointed interior decorations, and strangely the musicians appear to be dressed like they were just off to Church and decided to swing by the old home studio on the way out the door. It's uncanny. I mean have you ever ... ever ... seen a musician dressed like that in his own home, just jammin'? ... and there's just pages and pages like this.


But really, if I had to narrow it down, there are really only two things that I found so incredibly lulzy that I just had to break out the scanner and post snarkily about them on the internet immediately.


Behold exhibit A: the most 80's keyboard ad of all time.


But really THE thing was this. Words simply fail: 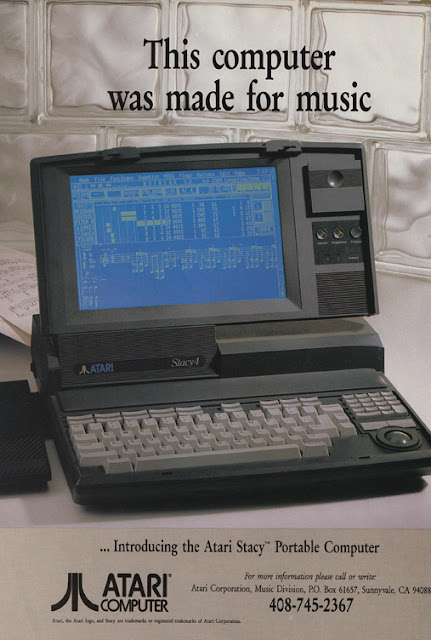 Posted by Plurgid at 6:00 PM No comments:

How to fix broken mic cables from Guitar Center

If you've found your way here, you doubtless know just exactly what I'm talking about, but lest there be any confusion, these:

Cheap. Yes indeed, that they are. Incredibly so. Irresistibly so. That is why you bought an arm load of them at Guitar Center or some such place. Because you could wire up a drum kit for like $50, instead of $250. Yes you did, you cheapskate!

Chances are you've got at least three duds in that pile. They crackle and hiss like a bucketload of fireworks whenever you plug them into just about anything, am I right?

There is a thing called a "rainbow loom", my daughter has one. You basically weave braceletts and stuff out of tiny rubber bands. They sell these rubber bands at Walmart and craft stores. Here's one of them. 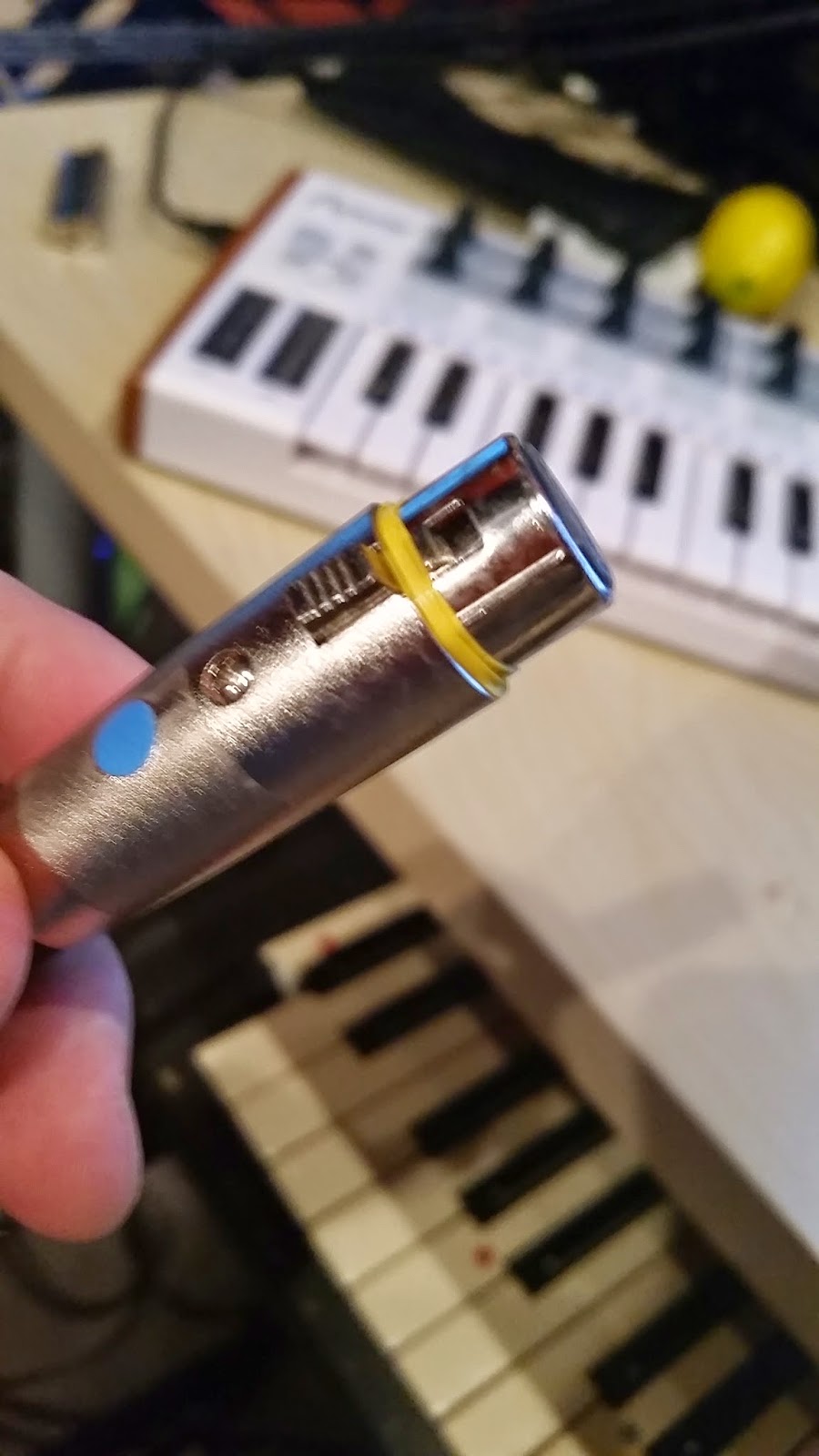 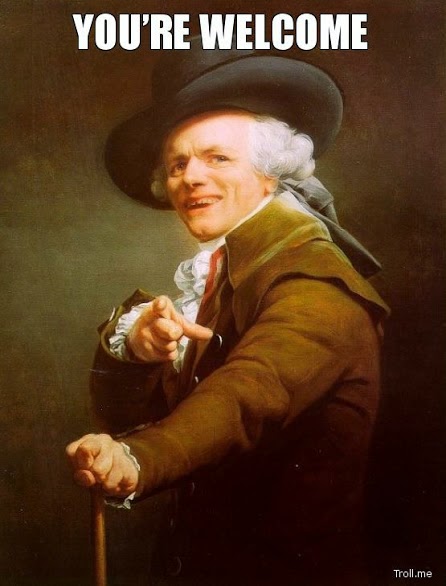 Posted by Plurgid at 8:46 PM No comments:

Painted Cakes Do Not Satisfy (Instrumental)

I've been working on this one off and on for a long, long time. It used to be called 'Interruptions'. Lyrics, someday ... but not today. I'm really proud of the instrumental though, and I haven't made a music post in a really long time :-)
Posted by Plurgid at 8:20 PM No comments:

I don't even own an iPad, so I've only ever used the OS X app and Audio Unit versions of Audulus. I suspect the touch-screen experience takes it to a whole new level, and it'd be easy to dismiss it as a tablet-toy at first glance, precisely because the interface is stunningly gorgeous.

Audulus is no mere toy, it goes deep enough to do some serious things, but not as deep as Reaktor, Pure Data or Max/MSP. I think that's actually one of it's big strengths.

I can't count the number of hours I've spent trying to make something like a simple ring modulator in Reaktor ... sorting through thousands of nodes with no documentation whatsoever ... scratching my head trying to get through basic math due to strangely implemented strong typing (and again, zero comprehensible documentation). Audulus is nothing like that.

It is similar in concept to those other patching environments, but infinitely more accessible and well thought out. Sure it's not as powerful. You certainly can't build something like Razor in Audulus presently, but what you give up in terms of power you gain in terms of ease of use and flexibility.

I honestly mean this, Audulus is like exactly what I'd expect if Jobs-era Apple had decided to compete with Reaktor. Audulus is every bit of that "insanely great" philosophy.

Once you wrap your head around it, building synths and real-time effects is practically as intuitive as snapping Legos together. Once you're ready to dig a little deeper, there are 3 or 4 in-app-purchase options (all $10 or less I believe), which unlock a world of possibilities. In particular the free-form math expression node is a real swiss army knife. Not only can you create arbitrary math functions, but with a little creativity it can do boolean logic too. Not bad. Couple that with the "Custom Nodes" feature, which allows you to essentially build your own components (think: being able to make your own guitar pedals or eurorack modules), and you essentially have a full blown modular environment.

But that's not even the killer feature. This is: you have that full blown modular environment ... on your iPad, and in an Audio Unit, right inside your favorite DAW (they can even load each other's patches). 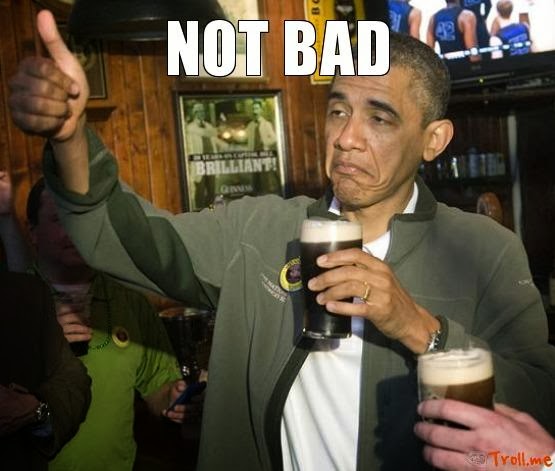 An Audio Unit, by the way ... that can host an arbitrary number of other Audio Units strung together any insane way you see fit inside your patch. All by dropping one Audulus instance in the instrument or effects slot (or heck both if you wanna get down like that).

Have I got your attention yet?

This thing is like how Logic's "Environment" should be. I feel like I'm selling a car, LOL, but when something is as great as this, and nobody is talking about it ... I feel an obligation of sorts.

As far as I can tell "Subatomic Software" is a one-man show, and that one man is mister Taylor Holliday ... who has personally responded to my bug reports (many times on the same day ... with a patch). How this dude keeps up with it all, I got no idea. But he's got a terrific product that is clearly made with some serious devotion and love, and ... well ...

All day long, I deal with multi-billion dollar software vendors who simply cannot be paid enough to give a shit ... and I mean, they get pizzzzaaaayed ... a metric butt-ton. All day long. Day in and day out. For almost 20 years of my life, I've been dealing with these donkeys. I've made a career of cleaning up their messes, and dealing with their barely-functioning crapfests.

Audulus is genuinely great. It's made by someone who cares, and it shows. That is rare, and that alone makes it worth supporting (even if it wasn't unbelievably useful).


I've been really digging deep into Audulus lately. It's such a rewarding time investment ... a pleasant blend of problem-solving game and instrument building. I've given it a pretty hard sell above, but for those of you who decide to take the red pill and see how deep this synthy rabbit hole goes, I have a bonus for you.

Audulus starts you out at a fairly primitive level, and that's by design. Again, it's a toolkit, not a pre-built instrument. It is primitive because it is so open ended, however that can be a little bit of a hump to get over for a newbie. In my explorations of Audulus, I've found it useful to compile a library of custom modules. Using this library of modules, it's trivial to snap together some pretty advanced synthesizers and real-time effects. So without further ado, here's a copy of what I've accumulated so far:

Pretty simple to use ... just open the component you want to use, copy the module and paste it into the patch you're building. Have fun! and drop a comment here if you can dig it. Maybe upload your own patches and components to the audulus forum!