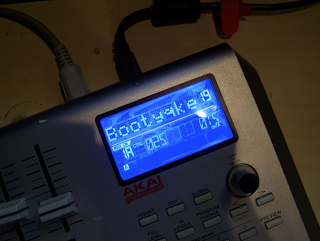 This is the most amazingly awesome thing you probably didn't even know your mac could do. It takes a little explaining, but hang with me. This  is worth it.

First, let's talk about Mainstage 3. If you make music with a computer, you have surely heard that the first major release of Logic in like forever was released  last month and that this is called Logic X, and that finally the thing has "midi effects" (i.e. an Arpeggiator among other things), as well as a number of truly kickass new instruments. I am here to tell you that this is all completely true.

Mainstage 3 is amazing ... but probably the most amazing thing is that, pretty much Mainstage 3 is all the juicy good parts of Logic X, for $30.  Totes serious, bro. Even right down to getting all the new apple loops and samples.

I have two mac computers. One is an aging 2008 Mac Pro (i.e. my "legit machine"), and one is a home-brewed Hackintosh (yes it's all legal 'cause I bought the software). The "hack pro" is a single-purpose machine which runs my home studio (which I built in an attic -- this is important later). Due to the unbelievably high pain factor of upgrading OS X on this particular set of hardware, the hack pro is permanently at 10.6.8, and will likely never see another OS upgrade.

Mainstage 3 requires 10.8, which is fine 'cause it runs on my laptop and that's what I've got running there. So ... I've got wicked new sounds on my laptop, all configurated for my live rig, but I want to make recordings on my studio computer which can never run 10.8. Also my live rig is heavier than a truckload of lead suitcases, and for reasons of the studio being attic-based, toting that mess up the stairs isn't a real popular option either.

Here is what you can do ... I've been doing it all day, and I cannot believe that it works so well:

Tempo sync works so you can run that arpeggiator like the second coming of Giorgio Morodor, latency is negligible and it takes like 2 minutes to set up, no joke.

Here's how to do it: 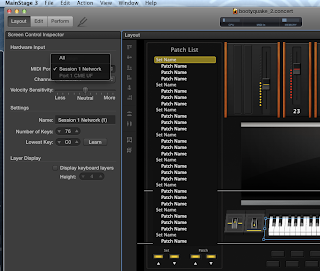 BOOM, you're done. Play some keys on the Mac Pro, and marvel at the awesome sounds emanating from your laptop and coming right back into Logic on your Mac Pro.

And you didn't even have to haul your synthesizers up the stairs.

Posted by Plurgid at 9:14 PM No comments:


Like all living things on this Earth, we are born, we grow, we thrive, we weaken, and we eventually die. Right down to the smallest bacteria, each of us a tiny spark amid this enormous interconnected ocean of life, looping through the endless iteration of the eons. Birth, growth, reproduction, death, repeat. Fragments of our DNA live on beneath the surface, an endlessly long trail forming the fabric of our reality, like ghostly echoes on an endless tape loop. In a very real scientific sense, part of us does live forever, and who we are is a unique sum of fragments of all those that have come before us.

Rest in peace, Irene Hicox. You will be missed, but your echoes will be felt for many generations to come.
Posted by Plurgid at 9:40 PM No comments: