Shopping Malls Were Our Starships, Dude.

Sun Will Rise (LBD) by plurgid


I think it's safe to say that the Crystal Palace was essentially the original prototype upon which virtually every shopping mall in the world has been based.

Well I mean I think it's safe to say that. I'm not a student of architecture and I'm certainly not a historian. This is based entirely on a picture I remember seeing in my 8th grade world history text book.  hold on, let me google this ... aah yes, here it is:

That is until the recent trend of upscale outdoor shopping malls. This trend is inexplicable, and frankly intolerable. ATTN: RETAIL DEVELOPMENT PEEPS: this is the deep south, not northern California; the heat of our summers will rob you of your will to live.

Take me for instance, a dad who wants to lose his kids for an hour or two in a safe, climate controlled retail environment, whilst reading a magazine and perhaps consuming an oversized pretzel or domestic light beer. Such a person as myself would undoubtedly prefer to engage in this activity not getting sunburned and losing half a pound of body mass entirely to crotch-sweat. But hey, that's just me.

Like the most interesting man in the world: I don't always go to the mall, but when I do, it has air conditioning.  As such, on this rainy Sunday afternoon, I loaded up the Canyonero and unleashed my teen girl squad upon the better of the two indoor shopping malls in town.

Malls ain't what they used to be, man. Malls used to have stores that sold things other than girls clothes or food. I mean both of those things are great, I s'pose but ... I distinctly remember there also being arcades and book stores, hobby shops, pet shops and electronics stores (not cell phone booths), when I was a kid. I mean damn! If you don't wanna buy a dress, a new crock pot, some sheets or a slice of pizza, you're pretty much out of luck these days. Used to be I could wander a mall for hours and always find something to spark the imagination.

These days it's just a wasteland. Commerce death row; a gilded hall of throwbacks patiently awaiting the inevitable fate of all retailers not named Wal-Mart or Amazon.  It's the unstoppable march of progress, and for the most part I don't have a huge problem with it. Come Christmastime, hell no ... I'm not going within a half mile of anything other than a grocery store.

We did lose something along the way though. When I was a kid, shopping malls were our starships, dude.

Music: some other thing I was working on that I chopped up and put into a sampler, did dj style cuts n' scratches on, then put some other things on it, processing data at about 58 miles per hour through the fluvium interocitor, yielding the retro-futuristic thing you hear here.
Posted by Plurgid at 10:09 PM No comments:


"Space rock", man. That's unquestionably what I'm going for on Signal Fires, and this is one of (if you can believe it) three really good new ideas that I've had over  the past week.

The mp3 player is all hosed up on this site. Some new version of flash borked the old version, so I tried to update it to the new version and now it doesn't work at all. Basically at that point I decided it'd be a whole lot easier to just start using soundcloud for my site player. It makes a lot of sense actually, and I can't believe I didn't think of it before now.

So ... yeah most of my old posts won't play any more. Podcast still works, though and has a complete archive, so I mean ... there's that.

We had some damn impressive clouds this evening. That picture is from my driveway about 3 hours ago. Though you can't tell completely from the picture, it was essentially the collision of two massive layers of clouds. Never seen anything like that before (clouds colliding and passing between each other, etc). It sort of inspired this song. Though I'd been fooling with the basic idea for a few days, the heavy guitar stuff ... which sort of came to define it ... definitely inspired by the driveway sky spectacle.
Posted by Plurgid at 9:34 PM No comments:

John Cleese - a lecture on Creativity from janalleman on Vimeo.

watch this. it is completely worth every one of the 36 minutes involved.
Posted by Plurgid at 8:05 AM No comments: 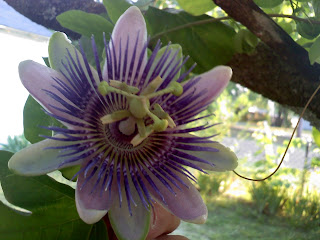 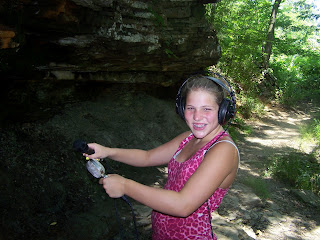 What is Around You (Life Returns) by plurgid
Rain. Holy crap, we finally got some! The heat wave was completely brutal, with temperatures topping 110 day after day for almost 3 weeks on end.

Our upstairs air conditioning unit couldn't  keep up, which is something I've actually never witnessed before. It wasn't broke, it was spitting out plenty cold air, but the temp upstairs never got over 85 or so, and the damn thing just ran non-stop for days on end. I'm rather terrified of my next utility bill.

We started getting little 10 minute afternoon showers about three days ago. It's amazing how resilient life is. After the blasting we took over the past month, literally everything was dead: lawns, shrubs, birds, insects, even weeds ... completely lifeless. It was as if the entirety of North Alabama was turning into a desert before our very eyes. Once water returned (even trivial amounts of it), life sprang back like nature disengaged a pause button.

Now it's pouring rain for the second whole day in a row. The birds outside my window have returned to their nest in our roof top, our lawn is emerald green and temperatures have returned to very comfortable mid 70's / low 80's. That and people are playful again. Brutal heat just pounds any sort of friskiness right out of you like wringing water from a dishrag.

To my amazement, Victoria (pictured above) took an interest in my audio-geekery last weekend and suggested going on a "sound safari" to Monte Sano. This is completely out of character for her new "disaffected sullen teenager" persona, so I mean hell yes, I took her up on it! Keep in mind, this was before we got any big rain, just the little spits of scattered 5 minute showers here and there, so there were bugs and birds and neat sounds like that but the "waterfall" (sort of the main attraction) was literally less than a dripping faucet.

That didn't stop us from getting some really badassed sounds though, and from having a pretty good Daddy/Daughter bonding thing.

The fact that the waterfall was more of a drip was actually serendipitous. We were able to climb up into the  cavern that's normally behind the water and mic up the drips echoing into the massive stone space.


We also ran into a family of long-legged spiders. I say "family", though they must have numbered in the thousands. Victoria unknowingly put her hand right in their nest, which is how we found them. She must have jumped 10 feet in the air! Good stuff. We caught a few of them in a picture, but by the time we got our wits together enough to get the camera out, 90% of them had scurried off.

So ... what'd I make out of all this? Well ... not much ... yet. More samples for the stockpile, that I'm sure will be useful at some point. I did start to put together a little droney sound collage, which I think is going to end up being an intro, outro or interlude thing in a larger track. This is the track posted at the top, tentatively titled "what is around you" (a phrase Victoria uses do describe environmental droney environmental ambient stuff). Possibly this will have something to do with Azure Sky ... not really sure with that. I must have 10 completely different mixes on that idea so far ... it can go so many different ways, which is of course ... the sign of a really good idea.
Posted by Plurgid at 10:04 AM No comments: