Hold music from the future. Indeed, I am taking the family on what is, all things considered our first big family vacation in like a decade. We're going, of course on a pilgrimage to that mecca of media homogeneity and disposable consumer based culture: Disney World.

I can't say I'm not geeked up about it a little. It's gonna be a blast. I'll be so broke when I get home, it's not even gonna be funny.

Here's some spikey-clean retro-future type beats I've been working on. Need some "cool and organically alternative yet subtly ironic" lyrics for this and I've got a solid ... something.
Posted by Plurgid at 10:13 PM No comments: 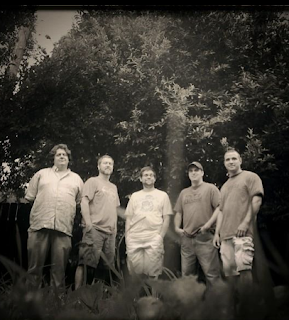 This 14 minute jam odyssey brought to you by The Thumbless Hitchhikers. It's not perfectly recorded, nor is it necessarily a technical wonder of musical sophistication. There are flubs and mistakes, and clipping and weird mixing. What it is, however, is stunningly beautiful to my ears; 5 regular guys pouring out their souls on a Wednesday night. Working out the frustrations of the day, and creating beautiful, soulful cacophony that takes you on a journey through it all.

This is my band. We do this every Wednesday night. It's a pretty damn great thing.
Posted by Plurgid at 6:04 AM No comments: 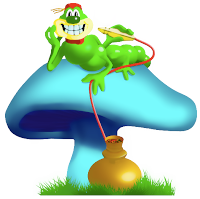 Some chilled out Hookah Beatz to take the edge off your Friday the 13th.

This crazy little guy on the right. If you get this reference, then you were probably one of my roomates circa 1996, and you know why he's here, LOL.
Posted by Plurgid at 11:48 AM No comments: 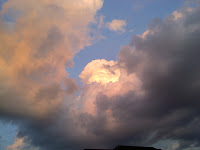 "be gleeful everyday. for being the best swimmer. among five-hundred-thousand" - some dude

Andrew Hicox is happy to be alive. It's just been that kinda few weeks, ya dig.

Tying to get that marching band snare line sound on top of some breaks on this. These loops will probably become something a lot better once I write some melody and lyrics on it, and fill it out some more. But I like it too, a little bit just the way it is. Kind of a stripped down, hyperactive ode to choppage: Ginsu-step is born. And so it begins ...
Posted by Plurgid at 8:22 PM No comments: 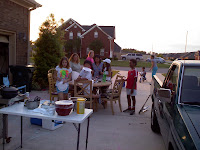 This has been one hell of a couple weeks. We got hit with tornadoes, right in my neighborhood. Sucking the shingles right off of houses and planting them three counties over kinda for-realz tornadoes. Then we spent nearly an entire week without power, and watched one of our neighbor's houses burn to the ground from a lightning strike.

While all this was going on, we had two deaths on Kelly's side of the family. Kelly will be traveling to Florida for one of the funerals tomorrow. It's been, in a lot of ways an incredibly surreal and somber week. In other ways, though it has been nothing short of magical.

Last Wednesday, the day of the tornadoes was absolutely exhausting as wave after wave of storms came through. It was like a roller coaster of fear, culminating in that house fire I mentioned (everyone got out ok, thankfully), but it was one of the saddest things I'd ever seen.

Around a little before midnight all the fire trucks had finally gone and the power was out in the entire region. The weather had moved on, leaving a crystal clear sky in the chilly air.  It was absolutely, completely and utterly still. With the lights out in the entire city, the sky lit up like a celestial fireworks show. It was simply breathtaking ... such peaceful beauty after a day of unrelenting terror, all our digital umbilicals cut at once; all of us simultaneously disconnected from the matrix.

That was the other beautiful thing about the experience. It was like the entire neighborhood went on a camping trip together. I've lived here 4 years, and I didn't even know my neighbors until last week. With no distractions, we all crawled out of our respective caves and ... talked to one another. Children played in the streets instead of lapping up whatever half-assed treacle the Disney Channel is selling this week.

We had BBQs. Every night in fact and every breakfast and lunch, because with no power, you have an imperative to cook anything and everything you have on hand before it goes bad. On the first night it was just us and one neighbor, but it grew every successive night. We had over 30 people in our driveway and more food than a Southern Baptist pot-luck, the last night of the power outage.


Another less happy amazing moment was when I drove through Harvest this morning on my way to my one-year checkup at Vanderbilt. It's only 4 miles here (exactly) to what can only be described as a complete disaster zone. It looks like a bomb was detonated over there.

So anyhow ... this song is called "Interruptions". I wrote it last year, recovering from a major surgery to remove a cancerous tumor from my pancreas (a mighty scary time in it's own right). It was exactly a year ago, I came home from that operation in Nashville. What a year it's been ... cancer to natural disasters ... but all through it some truly amazing experiences.

Regarding the song ... I suck at drums. Just try to ignore them.
Posted by Plurgid at 10:07 PM No comments: